Home / Opinion/Educational/Humor / What is East Coast Overland Adventures all about?

What is East Coast Overland Adventures all about? 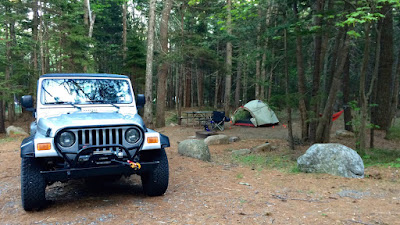 What’s in a name?

There are three elements to the name East Coast Overland Adventures.  It’s very had to separate them from each other but for the sake of a better understanding as to the “why” behind the name.

East Coast: I was born on the east coast in Massachusetts.  Since my birth I’ve lived in Massachusetts (twice), Indiana (twice), Louisiana, Virginia, and Pennsylvania.  The vast majority of my traveling has been up and down the coast from Maine to Florida and as far west as the Mississippi.  While I had ventured as far away as states like Missouri and New Mexico, my area of expertise is the east coast.

Overland: Overlanding is a general term describing travel across solid ground.  Pretty much self-explanatory.  This includes everything from hardcore multi-week expeditions across vast tracts of wilderness to weekend long road-trips down paved highways and byways.  What is important to the overland lifestyle is that the journey means just as much, if not more, than the destination.  There is also an element to the overland lifestyle the cherishes exploration, choosing the road – or trail – less traveled, and embracing the natural world beyond the urban and suburban areas of the world.

Adventures: An adventure, as I define it, is when you leave the comfort-zone of the known for the excitement of the unknown.  There is also an element of an adventure that is unplanned.  This allows for the discovery of the unexpected.  This blog is to not only chronicle my adventures into the unknown and my encounters with the unexpected but to inspire you the reader to get out from behind the computer, strap on a pair of boots, and meet life head-on.

ECOA is all about getting out there and embracing the world as it is.  There is so much to see and do and so many little gems hidden out there just waiting to be discovered.  I am a huge proponent of experiential education and taking ownership of ones life.  We can all make excuses as to why we can’t  do something.  The time has come to make something happen.  Maybe it’s a week long adventure.  Maybe it’s just taking an unfamiliar way home.  It could be to a far off land full of wonder and mystery, it could be across town to a historic site you keep meaning to check out.

Through sharing my own knowledge and experiences I hope to empower you to learn the skills you need to learn to live the overland adventure lifestyle yourself.