A few weeks ago I wrote a piece on the different kinds of maps, atlases, and their different uses.  I hinted as expanding on that topic and talk about using maps during the trip planning process. 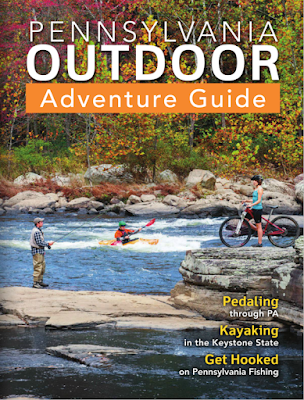 An invaluable resource for overland adventure in the Keystone State.
Available online at http://guides.milespartnership.com/pen/ADV2014/

I’ve had an idea floating around the back of my mind for a neat overland style tip called “One Lap of PA.” Basically taking my “One Lap of Michaux” idea to the next level.  So, with that in mind, let’s first talk about doing a little online research…

I’ve lived in PA for almost 30 years now.  I first moved to the north east corner of the state back in the mid-80’s.  In the early 90’s my family moved to south central PA.  For a few years I worked at a summer camp near State College and also went to college in Western PA.  There isn’t much in this state I haven’t seen.  I’ve nicked a lot of the major cities off my list at one time or another.  Places like Philly, Pittsburgh, Lancaster, State College, Harrisburg, Gettysburg, and so forth are regular stops for me when I’m out and about.  That said, there are a lot of gaps in between.

Pennsylvania is lucky to be home to one of the best systems of public land management in the country.  While not perfect, it has afforded many opportunities over the years for a balance between conservation (responsible management of natural resources) and preservation (setting the land aside to remain untouched).  The three-tier system of State Parks, State Forests, and State Game Lands allows for delineation between the various usages of public land.  You can hunt in the game lands, but not in the parks.  You can timber the forests, but not the parks.  You can hike recreationally in the parks but not the game lands.  If you stand back and look at the system as a whole, it’s actually quite impressive.  It’s also a little known fact that the PA system of public land management is the model by which Federal Pubic Lands are managed.  The system of National Parks, National Monuments, National Forests, and other natural and historically significant sites is a mirror of the PA system.